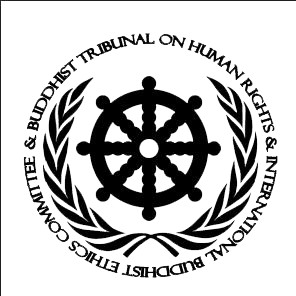 Legal Requirement to US Securities and Exchange Commission

Case 45-2018: Mercado Pago & Marcos Galperin
Legal Requirement to US Securities and Exchange Commission
August 25, 2018
The International Buddhist Ethics Committee & Buddhist Tribunal on Human Rights legally requires the US Securities and Exchange Commission to carry out an urgent investigation into the activities of Marcos Galperin, CEO of the multinational e-commerce company called "Mercado Libre", since he has committed activities of Scam and Corruption.
This requirement to investigate the criminal activities of CEO Marcos Galperin is due to the fact that his company, "Mercado Libre", has been listed on Wall Street a decade ago, also integrating the Nasdaq list of the 100 most important global technology companies on hardware, software and telecommunications. Despite the fact that "Mercado Libre" company has a value of more than USD 12,000 million, and that Marcos Galperin is one of the seven richest people in Argentina, his illegal activities should not go unpunished. While the companies operating on Wall Street must be regulated based on rights and obligations imposed by the US Securities and Exchange Commission, it is considered essential that this US agency investigates the criminal financial activities of CEO Marcos Galperin.
The International Buddhist Ethics Committee & Buddhist Tribunal on Human Rights confirms that "Mercado Libre" company has not only maintained a monopoly position in Argentina, but also, through the "Mercado Pago" company, has recently made a scam against thousands of customers among which was the Buddhist Temple World Association of Buddhism, since the company has illegally collected millions to finance its new project called "Mercado Fondo", by charging small amounts of money to thousands of citizens who did not make any purchases and then not returning those amounts to them. This stunt has been carried out with impunity because the Argentine justice usually does not work and does not protect buyers, who would desist from hiring a lawyer to demand for small amounts of money. But also the impunity of these scams is due to the fact that CEO Marcos Galperin is a friend and secret contributor to the Argentine government of President Macri, which is demonstrated by the fact that he was canceled a debt of 500 million with the Argentine Government. Obviously, this system of crony capitalism implies acts of corruption, since a President would never forgive a multimillion-dollar debt just for friendship reasons, so that the real reason is that CEO Marcos Galperin and "Mercado Libre" are secret contributors to the political campaign of President Macri of Argentina. Indeed, it has recently been shown that the list of contributors used by the Argentine government of President Macri during the 2015 and 2017 elections included millions of false financial contributions from indigent people, whose names were used to launder contributions of black money coming from companies close to President Macri, and those companies would later receive benefits as a result of having delivered this type of contributions or bribes. In the case of President Macri's election campaign in 2015, it actually cost 100 million dollars, although only 15% was legally declared, while the rest of the 85% came from businessmen black money among whom would be CEO Marcos Galperin, evading all kinds of legal controls so that it cannot be shown that the true contributors of the funds would then be beneficiaries of government measures. This same procedure of bribes was used in the "Odebrecht" and "Lava Jato" cases in Brazil, and in the case of "Notebook Scandal" in Argentina, by presidents Lula Da Silva and Cristina Kirchner respectively. Obviously, the bribes delivered by CEO Marcos Galperin and "Mercado Libre" would not be a product of extortion by politicians, as the businessmen often claim, since the businessman Galperin publicly supports the President Macri's government policies.
Therefore, the International Buddhist Ethics Committee & Buddhist Tribunal on Human Rights requests the US Securities and Exchange Commission to conduct an investigation into the acts of fraud and corruption that would be carried out with impunity by CEO Marcos Galperin, especially taking into account that the crime of bribes would violate rigid US laws such as the American Anti-Corruption Act.
Always with spirit of reconciliation (maitri),
H.E. Master Maitreya Samyaksambuddha
Judge and President of the International Buddhist Ethics Committee & Buddhist Tribunal on Human Rights
Publicado por Maitreya en 16:08 No hay comentarios:

August 9th, 2018
In the first place, the Buddhist Tribunal on Human Rights continues to denounce that the Argentine government of President Macri, with the support of the UN, tried to cover the economic crisis of the country through the debate on the legalization of abortion, even though this violates the Argentine National Constitution.
Secondly, the Buddhist Tribunal on Human Rights confirms that in April 2018 the philosopher Santiago Kovadloff issued a statement in favor of the legalization and gratuity of abortion, stating to be committed to individual rights and gender equality, despite the fact that abortion obviously violates the fundamental right to life.
Thirdly, the Buddhist Tribunal on Human Rights is again pronounced on the communiqué signed by the philosopher Santiago Kovadloff, in which is reaffirmed the lie that illegal abortions are the leading cause of maternal mortality in Argentina, which constitutes a total misrepresentation of scientific data in order to try to validate the legalization of abortion.
Fourth, the Buddhist Tribunal on Human Rights decides once again that this homicidal act of abortion constitutes infanticide, although it is recommended that it not be addressed through criminal justice but through restorative justice, so that funds must be inverted in an adequate way for prevention by means of education.
Fifth, the Buddhist Tribunal on Human Rights denounces that what was affirmed by the philosopher Santiago Kovadloff is totally false when he stated that the beginning of human existence is debatable and that it depends on beliefs, maliciously ignoring that biological sciences have determined that human life begins from conception.
Sixth, the Buddhist Tribunal on Human Rights criticizes as a perverse act the fact that the philosopher Santiago Kovadloff associates the legalization of abortion with societies that hold the best standards of human rights, economic development and personal well-being, by adapting the laws to the social reality of the XXI century.
Seventh, the Buddhist Tribunal Human Rights affirms that this immoral position of Kovadloff has motivations that are not genuine, since it is recalled that on January 22, 2006 this philosopher published a great text entitled "When having daughters is a bad business" ("Cuando tener hijas es un mal negocio", in Spanish) where he courageously claimed that the economic and technological progress of China and India is presented along with a field of delay and horror scenario which would be the millions of abortions of female embryos that occur in both countries, which was described by Kovadloff as a retrograde and criminal catastrophe.
Eighth, the Buddhist Tribunal on Human Rights agrees with the original position of the philosopher Santiago Kovadloff in 2006 with regard to abortion, considering it as a genocidal procedure and a variant of programmed extermination of life, consolidating human life as a means and diluting it as an end.
In ninth place, the Buddhist Tribunal on Human Rights asks the philosopher Santiago Kovadloff to recover his decency and ethical integrity, to return to perceive the intrinsic value of life, instead of allowing his thinking to be distorted in order to serve the political and economic powers in force, since nobody who has a righteous thinking would qualify a procedure as genocidal and then, a decade after, beginning to publicly defend it as a XXI century human right.
Each of these nine points demonstrate once again that the Buddhist Tribunal on Human Rights will continue to denounce the crimes against humanity committed against unborn children around the world, requiring that thinkers and philosophers maintain ethical positions of righteousness and integrity.
Unlike those who are mere philosophers, the Buddhist Law is a movement led by spiritual prophets whose ethical preaching is totally original and almost unprecedented, since its socially engaged message is backed by the Law or Purpose (Dharma) of life. Thus, the Maitriyana calls upon to create a civilization ordered by the pillars of world peace, social justice, advanced education and ecological health. This implies that the Buddhist Law's way to proceed implies being a spokesman for a better world, although this may be considered by the status quo as an arrogant, provocative, dangerous or delusional action. Therefore, the true word falls on corrupt and authoritarian societies as a hurricane sweeping everything away, denouncing the political, economic and cultural powers that violate the dharmic nature or intrinsic dignity of life through the cult of egoism, dualism and consumerism. Obviously, although it may suffer resistance or disqualification, the Maitriyana is a messenger and standard of a better world, working with audacity in the here and now to ensure or provoke such spiritual advent. While this may lead to bewilderment in the ordinary thought, the Buddhist Law states that the civilization of world peace, social justice, advanced education and ecological health should prevail so that humanity can survive. Instead, if humanity follows the path led by the rich and powerful ones, without responding to the call of self-criticism and repentance, then it will be condemned to sink into nonsense and decadence, establishing an imminent self-destruction and global catastrophe of poverty, injustice, ignorance and pollution. Therefore, no one can intimidate the prophets of Maitriyana, which clearly and eloquently are striking anyone who is unable to sustain his or her life in the search and fulfillment of Truth and Love. Thus, the Buddhist Law does not hide its challenge to try to save the contemporary world that it is found on the edge of the abyss, even struggling against those thinkers and philosophers who want to maintain the world on the pathway to extinction.
Always with spirit of reconciliation (maitri),
Master Maitreya Samyaksambuddha
Judge and President of the Buddhist Tribunal on Human Rights
Publicado por Maitreya en 15:12 No hay comentarios: